Video: What is the Best Running Shoe?

There is a tremendous amount of controversy over what makes for the most effective running shoe. The truth is there is probably no one shoe or even 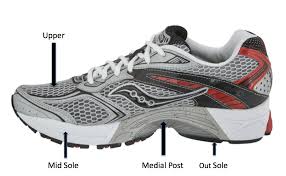 one type of shoe that is best for most people. There has been, however, a tremendous amount of research on running shoes and there is good information to help guide runners to the best shoes. On this page we have summarized the most recent research on how running shoes affect and
protect the feet. If you are in the Seattle area and have a running related injury, contact us today for an appointment. Please be sure to bring your running shoes to your appointment.

Let’s look at some of the studies that have come out over the past few years on running shoes. First, we’ll look at the midsole of the shoe. Stiffness of the midsole varies considerably among the shoes. In general, runners with high arches tend to prefer flexible midsoles; while those with low arch, more pronated feet usually prefer midsoles that are somewhat stiffer. Extremely stiff midsoles tend to be uncomfortable for almost everybody.

The Problem with Very Thick Midsoles 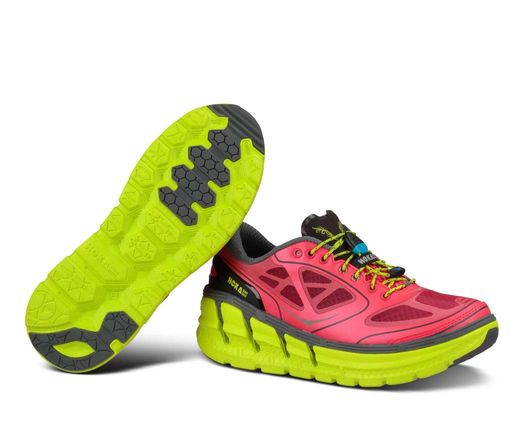 There is significant evidence that the shoe midsole provides a tremendous amount of shock absorption. Thicker midsoles tend to absorb more shock. Because of this, you might think that wearing a shoe with a very thick midsole would reduce the potential for foot or leg injury. This seems logical but in fact there has never been any evidence that thick midsoles prevent injury. In fact, there is research going back more than a quarter century that had shown that too much cushioning in the midsole actually interfered with balance. This seems to be because the foot loses feedback from the ground.

Besides causing balance problems, another problem with very thick and cushioned midsoles is their weight. More foam means more weight and this means that muscles are forced to work harder. There have been studies that have shown that increasing shoe weight by just 3 or 4 ounce can increase the metabolic cost of running by 1%. Over time, for example over the course of a marathon, this can be very fatiguing.

The Problem with Very Thin Midsoles 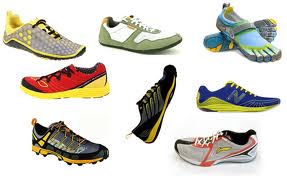 So, if excessive cushioning in the midsole of the shoe impairs balance and makes shoe a less sufficient runner, is it best to use a shoe that has no midsole at all? Proponents of Minimalist shoes and barefoot running have been suggesting this over the last several years. Newer studies suggest, however, that this is also probably not a good idea for most runners. There is evidence now that barefoot running can result in chronic injury because the fat pads under the heel and the ball of the foot becomes very vulnerable to repeated trauma. A recent Dutch study showed that there was a 60% deformation of the fat pad under the heel in barefoot runners. When runners used a more conventional midsole, there was only a 35% deformation of the fat pad. When you think about the hundreds of thousands of steps that a runner make over the years that 60% deformation has great potential to cause permanent damage to the fat pads. This can result in chronic pain of the ball of the foot and the heel.

Evidence that the Best Running Shoes Have a Moderate Midsole

In addition, there have been other recent studies that demonstrate that the standard  running shoe midsole has the ability to store energy and return that energy, which seems to offset the decreased efficiency that might occur due to its increased weight.

Looking at these studies, we currently think that the best running shoes for most people are going to be those that provide adequate cushioning without decreasing your running efficiency. Most of the shoes that fit this criteria will have approximately 10 mm of midsole material under the forefoot. In order to protect the fat pad under the heel, they will have somewhat more midsole material under the heel. Usually, the midsole under the heel is somewhere between 6 to 12 mm thicker than that under the forefoot. This difference is known as the “heel height differential”. This differential becomes important for both comfort and for preventing injury. Most average runners going for a run around Green Lake will be most comfortable with about 10 to 12 mm of heel height differential. For more experienced runners who tend to heel-strike 6 mm heel height differential may be more comfortable because they tend to appreciate the decreased weight.

If you are a faster runner and you tend to strike the ground with your midfoot, you really do not need the extra cushioning under the heel and would likely find shoes with a 0 drop midsole (the same thickness under the forefoot and the heel), most comfortable.

If you are in the Seattle area and would like to have a biomechanical evaluation of your feet and help in determining the best type of shoe for you, contact us for an appointment in our Seattle foot and ankle clinic. If you are not in the Seattle area, find a podiatrist in your region who specializes in sports medicine and biomechanics. Even if you have to drive a little farther, it is worth finding a sports medicine oriented podiatrist if you are a runner.

Be sure to bring your running shoes with you to your appointment.