A leader in orthotics and biomechanics...
dedicated to your relief and recovery 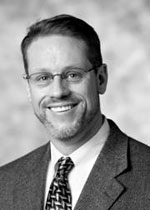 Lawrence Z.  Huppin, DPM  is an internationally recognized lecturer and teacher on orthotic therapy and biomechanics.  In his Seattle private practice his focus in on treatment of mechanical problems such as heel pain, bunions, ball of foot pain, athletic injuries and children’s foot conditions.  In addition he specializes in toenail problems including ingrown and fungal toenail conditions. He is always focused on helping patients avoid surgery if at all possible and keeping your medical costs as low as possible.

In addition to private practice in Seattle, he an associate professor in the Department of Podiatric Medicine and Surgery at the Western University College of Podiatric Medicine and is the Medical Director for ProLab Orthotics – a Bay Area orthotic lab that provides education on orthotic therapy to doctors and medical students throughout the United States and Canada. In this capacity, he provides education, consultation and instruction to other doctors on the best techniques of conservative foot and ankle therapy.

Dr. Huppin graduated from Oregon State University and earned his medical degree at the California College of Podiatric Medicine in San Francisco. Following graduation he completed a podiatric medical residency .

In 1989 he was one of only two podiatrists nationally to be accepted into the California College of Podiatric Medicine Fellowship in Podiatric Biomechanics. This one-year program, the only of its kind in the United States, consisted of extensive training in foot and body mechanics. Focusing on the areas of orthotic therapy, sports medicine, and children’s foot conditions. I

In 1993, Dr. Larry Huppin became board certified by the American Board of Podiatric Medicine. In 2000 he was the Washington State Podiatric Physician of the Year. In 2002 he was named an Associate Professor of Biomechanics at the California College of Podiatric Medicine and in 2003 became the assistant chair of the Department of Applied Biomechanics. In 2004 and 2012, he was named one of Seattle Magazine’s “Seattle’s Top Doctors” by a poll of local medical professionals.

He has authored a number of articles and contributed to a book relating to foot orthotics and ankle-foot orthotics. Some of those articles are listed below: